Helvetica and Italics - at Central Station

Ok, so I've been meaning to put this up for a while. As a follow on from this post: commuting-with-helvetica ... I've realized that the station I'm at every day - Central - is a prime culprit of the Helvetica / Italics phenomenon. 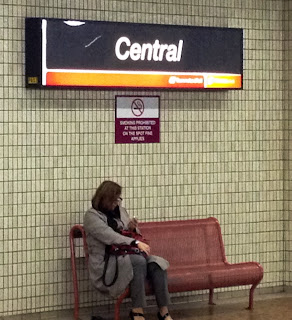 I would love to know why:


To recap - here's the original picture from Graceville station: 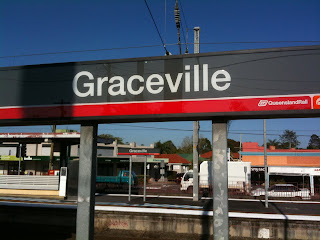 Posted by Evan at 1:17 PM No comments: Links to this post

This is the story of one of my favorite kitchen appliances ... my Dualit toaster.

It's a Combi 2+1 model, and has given almost 20 years of faithful service - until the other day when the centre element shorted and died. Needless to say, it caused a bit of a calamity in our household. I've had it since the early nineties, when it was received as a gift from a wonderful friend in London.

Fortunately, I’ve long known that the simplicity of it’s design is one of it’s virtues. No electronic circuits. No fancy lights or displays. Just a simple mechanical timer. And most importantly, nearly all of the internal parts are user serviceable. I turned to Google in the first instance but was surprised to find no local distributor of parts in Australia.

But I did find what seemed to be a fairly reputable distributor with quite a shop front on EBay in the United Kingdom. I downloaded the instruction manual as a PDF document - which illustrated how to access the slots which hold the toaster elements. And how to replace the elements as well. This also showed the simple coding scheme which allowed me to match up my broken part with the appropriate replacement. I placed the order (which was around 20 dollars) and received it about 7 days later.


I needed to wait until the weekend to find the time to devote to the replacement process - which is ok, since that’s when our major toasting happens.

I'm pleased to say that the operation went without a hitch.  The only issue is that the centre element is more efficient than the sides, leading to a slightly less even toasting result - perhaps I should have ordered replacements for all of the elements at the same time.

But, it does make you think. The fact that this and many other parts could be replaced didn’t happen by accident - it was designed in.

It also reminds me of an article in the New York times I’ve read recently, which highlighted a concept of ”Repair Cafes” in Amsterdam. The article is here: http://www.nytimes.com/...

These are places where members of the public can bring broken appliances and a team of volunteers attempt to fix them. What a great idea.

Imagine what could happen if we had products which are designed to be repaired - and communities to help support them.
Posted by Evan at 9:57 AM 2 comments: Links to this post