I'm liking the new interface with iOS 7 ... but am still amazed by the lack of consistency.

It's even worse when Apple itself slips up.

For example: my auto update setting updated the iBooks app recently, to version 3.2. In general, a cleaner, simpler look. But, I was surprised when I hit the Store button, and saw the icons along the tab bar at the bottom: 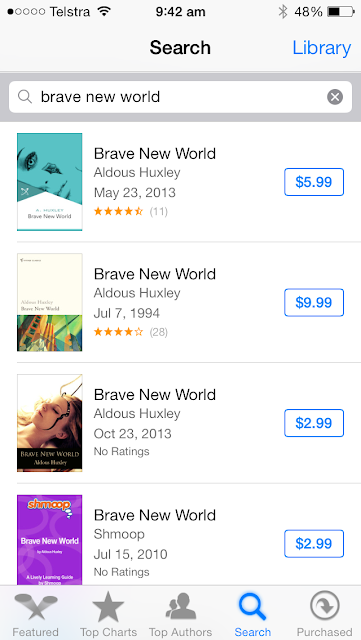 For some strange reason, the current tab has a glow effect - in addition to the blue highlighting. Strange.

What makes it even stranger is the lack of glow in other apps. For example, here's the App Store - showing the version history for iBooks itself ... 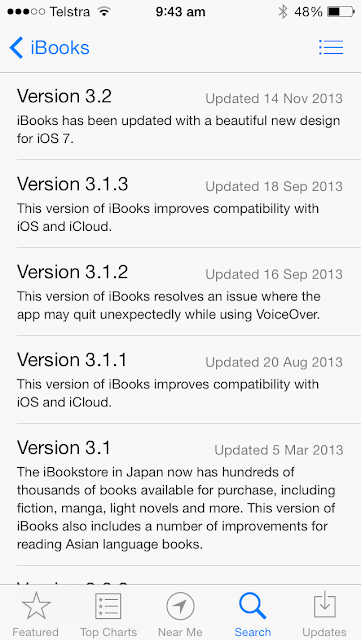 For reference, the Apple design guidelines for tab bar icons are here.